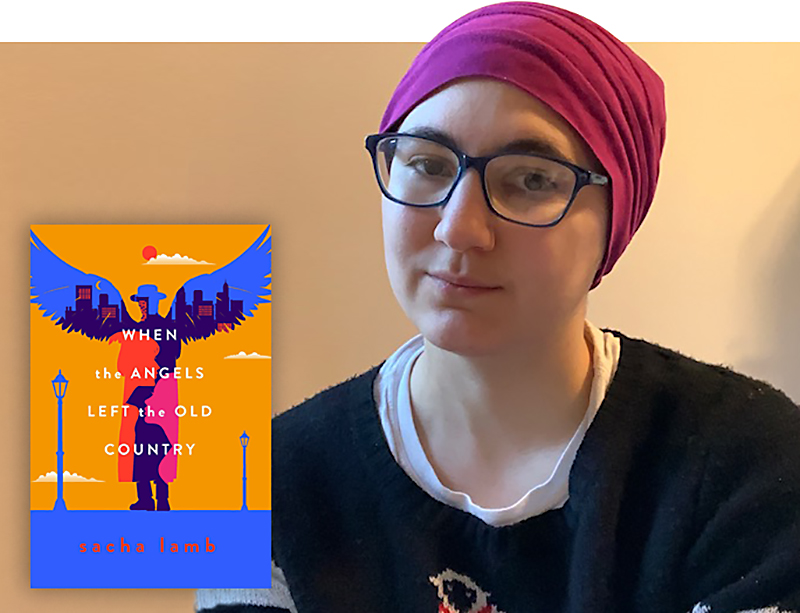 How can it be June already?? With ALA Annual right around the corner, and summer reading well underway, it is just the right time to offer our round-up of the Best Books of 2014–so far. We asked our reviewers to nominate the best adult books for teens that were published between January and June 2014.

This is the fourth year in a row we’ve compiled a list of the best books through the first half of the year, and this is a strange one. Most interestingly, every book mentioned below is fiction, and only one (BJ Novak’s story collection) is not a novel. No nonfiction, no graphic novels, no poetry. Weird. It’s also a much shorter list than we’ve had in past years: in 2011 we had 25 titles, and in both 2012 and 2013 we had 28 titles. This year, 20.

So what’s going on here? Well, for one thing, the shorter list is probably explained by the lack of variety: the number of fiction titles has been: 18, 19, and 21. But that doesn’t explain the lack of anything but fiction. I can’t speak for the rest of the reviewers who nominated titles, but for me, most of this is just timing. If I’d had a week longer, I would have been able to list a tremendous memoir which we’ll be featuring here shortly. And I’ve already read a best-worthy graphic novel, but it comes out in August. I also got caught reading a lot of wonderful nonfiction that just didn’t have quite enough teen appeal.  So, if I had to guess, I’d say our end of the year list will have much more variety.

But enough with what we don’t have–what do we have? Some clear trends emerged in the first half of the year. Science Fiction makes a big splash this year, with over a third of the titles. And Historical Fiction almost matches SF with six books. Add in several moving stories about immigrants, and a few entries in trilogies and you’ve got plenty of trends to think about.

We would love to hear from you — what books would you nominate? What are your favorites so far this year? What have your teen patrons enjoyed? Join us in the comments!

All the Light We Cannot See by Anthony Doerr
This page-turning, suspenseful novel cuts back and forth between time periods and between the storylines of three main characters–two young people on opposite sides of the war and one Nazi officer searching for precious jewels–who are bound to intersect, but exactly how and when?

Annihilation by Jeff VanderMeer
VanderMeer’s rich, multi-layered novel–the first in a trilogy–follows a scientific expedition into the mysterious Area X, a region that has been utterly abandoned following an unexplained Event and in which the laws of physics seem to break down.

Archetype by M. D. Waters
This fast-paced dystopian thriller opens with Emma waking up in the hospital after a terrible accident. Her memories are gone. As she heals, she realizes that her dreams and nightmares may actually be flashbacks, which hint at a world in which nothing her charming husband has told her is true.

Brutal Youth by Anthony Breznican
As brilliantly hilarious as it is poignant and heartrending, this satiric novel tracks the life of freshman Peter Davidek through a story that confidently rips through tangles of high school insanity. Everything I Never Told You by Celeste Ng
By turns a compelling tearjerker, a mystery, and a painful family drama, Ng’s debut novel follows the lives of a dysfunctional family, focusing on the trials of middle child Lydia as she deals with racism and sexism in 1970s Ohio.

The Fever by Megan Abbott
High-school girls are beset by a mysterious fever, causing the entire community to panic about HPV vaccines, teen sex, and any- and everything else, in this powerful, thought-provoking novel..

The Flight of the Silvers by Daniel Price
Six people—the Silvers—are pulled from ordinary America and deposited into AltAmerica, where they are able to manipulate time. The Silvers struggle to sort out their relationships and their new abilities while trying to outrun government agencies and the mysterious group that wants them dead.

Hyde by Daniel Levine
A magnificent retelling of The Strange Case of Dr. Jekyll and Mr. Hyde, from the perspective of Edward Hyde, which may even improve on Stevenson’s original novella.

The Invention of Wings by Sue Monk Kidd
This powerful historical novel spanning 30 years tells the stories, in alternating chapters, of Sarah Grimke and a slave named Hetty, focusing on their a complex relationship–beautifully brought to life via the dual points of view.

The Martian by Andy Weir
After a freak dust storm, Mark Watley is left behind on NASA’s third manned mission to Mars, believed dead. He uses his problem-solving ability (and mechanical engineering and botanist training) to survive the unsurvivable, which he tracks in near-daily, often hilarious, log entries.

The Museum of Extraordinary Things by Alice Hoffman
Coralie is barred from visiting her father’s museum of freaks and grotesqueries until her 11th birthday, when she and her deformity become part of his collection. Hoffman’s thoroughly researched novel evokes the sights, smells, and sounds of New York City and Coney Island in the early 20th century.

My Name is Resolute by Nancy E. Turner
Ten-year old Resolute spends her days filled with love and tales of charms, spells and magic shared by the Jamaican slaves who serve her family. But no spell can ward off the pirates who come one September day in 1729 and destroy their home, kill her mother, and throw her family into the hold of a slave ship.

On Such a Full Sea by Chang-rae Lee
In a dystopian future America, 16-year-old Fan leaves the cloistered world of labor enclave B-More and ventures into the unknown chaos beyond to find Reg, her lover and the father of her child-to-be.

Red Rising by Pierce Brown
Darrow is a Red, lowest in the caste-system of laborers tasked with transforming Mars into a habitable planet. When his wife is executed for a simple defiance, Darrow is taken in by rebels who persuade him to infiltrate the Golds, the ruling class, in order to avenge her death.

Runner by Patrick Lee
Retired special forces agent Sam Dryden is compelled to help Rachel, a young runaway, escape her pursuers in this exemplary “military-experiment-gone-wrong” thriller. They survive breath-taking near-escapes only to realize that Rachel herself may be the greatest danger.

The Storied Life of A.J. Fikry by Gabrielle Zevin
A. J. Fikry, a man in his 40s who lives above his bookstore on a tourist island, is mourning the death of his wife. Surprisingly, he becomes the accidental father of an abandoned child, Maya, and raises her to become—surprise, surprise—a reader and a writer in this hopeful, funny and poignant novel.

The Weight of Blood by Laura Mchugh
In this suspenseful dark mystery set deep in the Ozarks, 17-year-old Lucy decides to investigate her best friend’s murder, which seems to connect to her own mother’s disappearance when Lucy was just a baby.

North of Normal and What is Visible