The Memory of Light 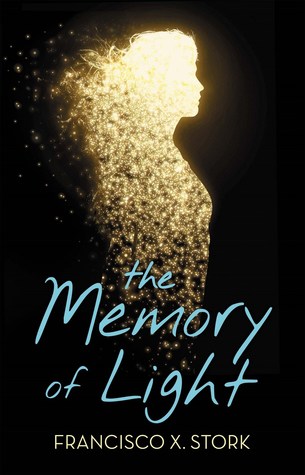 How can I assess The Memory of Light in the context of the Printz Award?

In some ways, it’s too real, too honest, and too close-to-home. It’s also surprisingly uninteresting and predictable. I struggled with these contradictory reactions throughout the novel.

When I read YA books that romanticize depression or mental illness, I want to tear down the Internet with my frustration. Yet this novel, which is so accurate in portraying the complexity of depression, does not inspire me to erect monuments. I don’t mean to be facetious, but this book made me feel nothing at all.

Don’t get me wrong, Francisco X. Stork’s painfully honest novel is, in fact, remarkable and worthy of the four stars it has earned. Vicky’s journey out of the dark is told in an earnest tone while truthfully depicting the reality of living with mental illness. Although her recovery fits into a shorter timeline than one might see in real life, Vicky must do the hard work of self-assessment and Stork shows much of it. She sifts through a jumble of incidents and feelings that may or may not have led to her attempted suicide. She also deals with deeply buried resentments and pain towards her family. Scenes of her treatment at Lakeview Hospital, particularly her sessions with Dr. Desai and the group therapy, will ring true for readers who have been affected by mental illness in some way. Also important is the fact that Vicky’s unhappiness has no single “origin” even though it began with the death of her mother. That’s a fine distinction, but in the depiction of depression, it’s important for readers to see that there are no easy answers to an outsider’s question: why?

Although the story is remarkable for its accuracy, it lacks drama. From the beginning, it’s clear that this is a novel about recovery and its tone is a giveaway that the only possible ending for Vicky is positive. Even when the other teens in her group therapy struggle, their development is only significant in how it contributes to Vicky’s recovery—their stories never feel urgent.

Throughout the book there are memorable observations and dialogue. “We are all mental in our own peculiar ways, all grasping on to hurtful mangos that keep us imprisoned” (248). Thought-provoking (and a nice call-back to an earlier anecdote that Vicky’s doctor shares) but the words don’t sing. Stork’s authorial voice comes through many of the characters, giving everyone a sameness, especially when the four teens are in group therapy.

The Memory of Light may help teen readers understand a loved one struggling with depression. More than likely, it may save the life of a teen who’s been struggling in silence, confused without any context for their feelings. This book has the potential to change lives. I don’t, however, see any Printz potential.

But what say you, readers? Is there great literary value here that I’ve missed? Make your case in the comments.