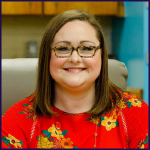 The Year of the Gadfly

Jennifer Miller’s debut novel is funny and suspenseful, yet sad and hard to read at times. When a school’s secret society begins taking pranks way too far, students aren’t the only ones who get hurt. Iris Dupont, a brilliant loner, is in the middle of it all, using her investigative journalism skills (including advice from the ghost of Edward R. Murrow) and her understanding of the scientific method to figure things out.

What’s up with the gadfly reference? Adult Hazel explains to young Iris that Socrates was called the Gadfly of Athens, “No matter how hard his opponents tried to swat him away, he kept biting them with difficult questions.” Even when members of the secret society try to intimidate Iris, she refuses to be turned from her course. Unfortunately, she learns some sad truths as a result. I think my favorite thing about this book is watching just how the many plot elements come together at the finish. You have to appreciate a novel that holds onto its mysteries until the very end.

Miller has taken the journalism theme and translated it into a fabulous book trailer, which is a narration of the beginning of the novel by a variety of journalists, everyone from Christiane Amanpour to Dan Rather to teen journalists in their school hallways. Novelist Gary Shteyngart gets my vote for best performance.

The Year of the Gadfly has been chosen as one of five Best Young Adult books featured on the iBook shelf this May. I guess the gods of Apple have given it the teen appeal stamp of approval!

Adult/High School–Iris Dupont’s life goal is to win the Pulitzer Prize in Journalism. Reeling from the death of her best and only friend, Dalia, she begins to converse regularly with her hero, Edward R. Murrow. Iris’s story begins in August 2012 when, on the advice of her therapist, her parents move the family from Boston to Nye, MA, where they enroll Iris in the town’s prestigious day school, Mariana Academy. Poorly equipped to make new friends, she gravitates to her biology teacher, Mr. Kaplan, whose narration alternates with hers. Jonah Kaplan grew up in Nye and attended Mariana with his twin brother, Justin. Jonah is more reliable than Iris, but he is hiding from the truth of the events surrounding his brother’s tragic death. He blames Mariana’s secret society, Prisom’s Party, and has returned to unearth and destroy it. Lily begins her narration in October 1999, the year she, Jonah, and Justin begin 11th grade, providing crucial background to the present action. The intricate connections are pulled together by Iris’s investigation into Lily’s disappearance and Jonah’s past. Iris is the center of the story, and she is too clever by half, an earnest, precocious teenager who believes herself superior to her peers. Readers will either find her hilarious or a bit annoying. Either way, amusement fades as teen pranks get uglier and the truth surfaces. Lily learns that “loss of innocence wasn’t a passive experience that happened to you. It was something you gave up.” Layers of mystery keep the pace moving. As in Marisha Pessl’s Special Topics in Calamity Physics (Viking, 2006), the strands come together in the end, thanks to more than one surprising, satisfying twist.–Angela Carstensen, Convent of the Sacred Heart, New York City