The new Pew on social networking: Regarding teens and kindness and cruelty 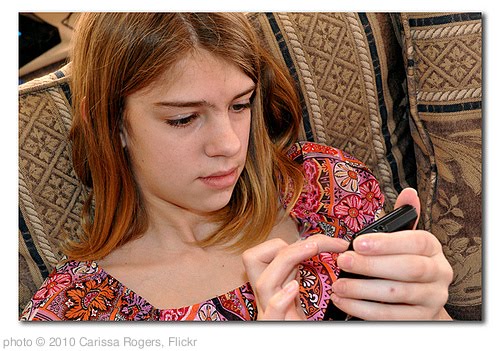 A report released this week from the Pew Research Center’s Internet & American Life Project, in partnership with the Family Online Safety Institute, with the support of Cable in the Classroom, explores Teens, kindness and cruelty on social network sites.

Based on seven focus groups with teens and a nationally representative survey of nearly 800 teens and parents, the report reveals what many of us who work closely with teens likely know/suspect, the impact of social networking is a mixed bag.  It can be positive, productive, joyful, and mostly kind.  It (and life offline, as well) can also lead to drama and cruelty.

Social networking sites have created new spaces for teens to interact and they witness a mixture of altruism and cruelty on those sites. For most teens, these are exciting and rewarding spaces. But the majority have also seen a darker side. And for a subset of teens, the world of social media isn’t a pretty place because it presents a climate of drama and mean behavior.

The introduction notes that 95% of all teens ages 12-17 are now online and 80% of those online teens are users of social media sites and although 69% of teens who use social networking sites say that their peers are mostly kind to each other, 88%  say they have witnessed people being mean and cruel to others, and 15% report they themselves have been the target of such behavior.

So, how do they respond?  There’s good and bad news:

You will want to share this balanced report with your admins, teachers, and parent groups.  Better yet, let’s use it to open up some new conversations with the kids.

Allsides: Curating diverse perspectives (or looking at news from most sides now)