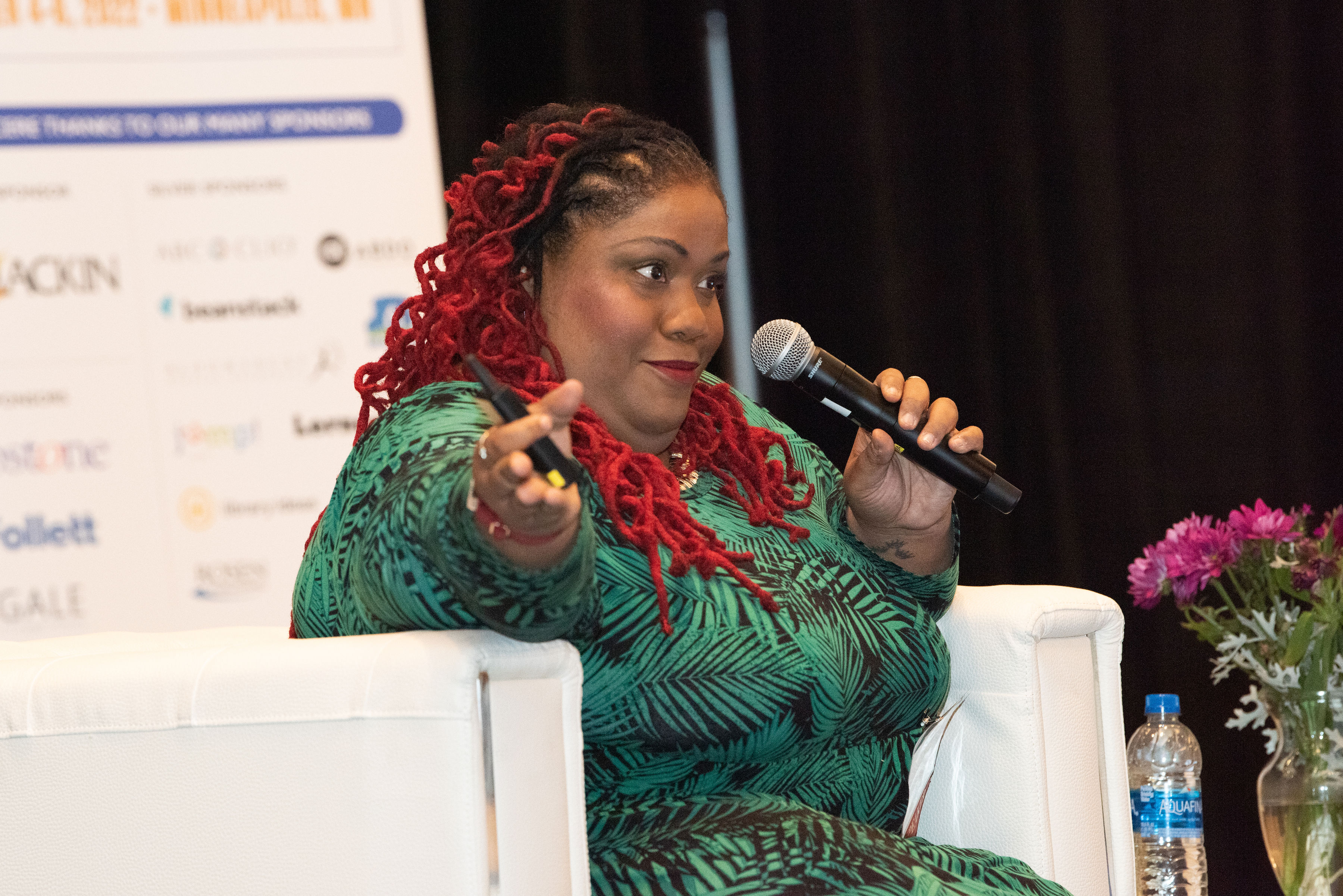 Sleep Tight! 6 Board Books for Bedtime

The Raven Boys, at Long Last So, I’m ready to talk about The Raven Boys.

I’ve read it twice. I really really like it. Maggie Stiefvater clearly grew up drinking from the same story well as I did, and this is one that hits pretty much all my buttons. Also, I’d like to be Blue, and I definitely had my own raven boys, once upon a time ago, although Blue’s are way better.

But that’s all heart. What about the head response? Stiefvater garnered a silver last year. Is The Raven Boys her shot at the gold?

I’m… not sure. So won’t you join me as I wonder, and, since this is an official Pyrite* nominee, let’s just make this the first Pyrite post of the year, as well as the first post of the new year — meaning I expect comments of epic length.

Just so we have them out there, some stats: this grabbed 32.8% of the Pyrite shortlist votes, putting it 7th on the list in terms of votes. It’s got 5 starred reviews (and as far as I can tell, no review at all from the holdout, The Horn Book) and landed on 3 year end lists (according to Jen J’s astounding data collection).

The premise is fantastic — it’s sort of the opposite of a paranormal romance, in that there can be no kissing and there are way too many boys and they’re all pretty fascinating (although, okay, also seriously messed up). Also, death. Lots of death here, past and present and future, all of it shaping the tale in ways that resonate and reflect very nicely. And the way Stiefvater has rooted the whole in all sorts of myth and legend but chosen myths that are not too familiar, and not at all played out, gives this a nice freshness balanced by some depth — there is real history laced in, or at least historically based legends, and they’re really neat and potential rabbit holes for readers to fall into.

So my doubts are definitely not coming from the bare bones of the story: great bone structure, as they say.

And the series thing is not my issue here (unlike, say, in The Diviners, where I agree with Clair that there is a definite sense that you are reading set up for a later volume, or last year’s Daughter of Smoke and Bone); there is no question that there is unfinished business (that ending zinger revelation of Ronan’s was a fantastic cliffhanger), and I would probably raise the question of whether it works as a work unto itself if I were on the RealCommittee, but I found this one felt more open than unfinished, which I find less of a problem when I’m assessing literary excellence.

(I know someone — and I can think of a few specific someones who comment regularly — is going to take issue with this, and I’m not sure I’ve really managed to articulate my thinking about series clearly enough, despite having come back to it again and again. So let me try yet again. When a book is clearly a book 1 in the sense of all set up and little payoff, even if it has a monster of the week storyline that resolves itself, I find it a big limitation in Printz terms. Because I just don’t know. It might be a brilliant set up with a perfect payoff. Or it might not. But I only have half the pieces to the puzzle, so I’m not sure if the puzzle will be great when all is said and done, and a lot of those are often edge pieces, so it’s all frame and no picture. In this case, it’s as if the pieces we have are all center pieces, and while the puzzle will keep building out, I can already see something that stands on it’s own as an image and it’s a captivating one.)

(Although having said all that, some — most? — of the Ronan-Declan subplotting must be pure set up, because it doesn’t make a lot of sense in the narrative otherwise, and as such it creates some holes in the writing since it doesn’t work as it is. Puzzle center with still a few pieces missing, I guess, and that might be a sticker death-knell when I start lining this up against other 2012 books. But I’m not there yet.)

So where do I think this does — maybe — fall down? Part of me wants to say characterization, although it’s not that simple.

Blue is great. How can you not love her, really? She’s a good person, quite ordinary despite attempts to the contrary, and the descriptions that bring her to life are pitch perfect, as in the description of Blue’s hair: “The end result was a spiky, uneven ponytail populated by escaped chunks and mismatched clips; it looked eccentric and unkempt. Blue had worked hard to get it that way.”

And maybe that, right there, is the problem. Everyone is just a little too perfect, as if they are all playing their parts. Like the characters in The Truman Show, they are better than real. Poor little rich boy Gansey, who just doesn’t get it; Adam of the trailer home and alcoholic father and two jobs to put himself through private school (ok, Adam’s problem may actually be a central casting issue, but at least by the end of the book that has changed); Irish Ronan with the mysterious dead father; and — no, Noah is something else entirely, and actually brilliantly done, in every way, from his opening line (“I’ve been dead for seven years”) to his last line (“I’m still not eating pizza”). But the boys as a whole definitely are better and brighter than reality.

And yes, I know it’s fiction. But there’s a slight aura of adolescent girl fantasy about these boys (or at least, my adolescent girl fantasies, and all those dreadful Mary Sue stories I penned), and I’m not sure if that’s a strength or a weakness or neither, although it bothered me. Too glossy and shiny, and in ways that I don’t think make the book better, but then it is called The Raven Boys, and certainly I fell half in love with every one of them, so maybe this is exactly how they should be?

And then you’ve got the women. Inscrutable Neeve, sad and mysterious Persephone, flirty Orla, cantankerous Calla — and others, whom we as readers never even meet (a Jimi is mentioned early on, although I never got around to checking the name against the final copy, and then there are several mentions of aunts and cousins, who live in Blue’s house, or at least hang around there, but whom we never see at all). All the women sort of blurred together except when they stood out, but they stood out as collections of quirks, lacking substance. (Although I did think that the story about Maura and Persephone back in the day, maybe right before they meet Blue’s father, might make a great extra, especially given the current e-extra short companion trend. I’d buy that extra.) They work as an idea, but I’m not sure the writing of them really does the idea justice.

I also have doubts about the plotting and pacing, and whether some of the passages entirely make sense, especially in the second half of the book, but not concerns that are any deeper than the ones about certain aspects of Code Name Verity, which I think is among the year’s best, so while I could discuss the plot and pacing concerns in more detail, I don’t actually think they are significant enough flaws to be the reason to drop this from top 5 consideration, unlike the characterization issues.

I don’t have concerns about the prose, though; Stiefvater has a sure hand with clean, descriptive prose and, as in the passage I quoted about Blue’s hair, I find her writing economical and tight, with nicely structured sentences. It’s not prose that calls attention to itself, but when you stop to take it apart, there’s quite a lot to admire.

So there you have it. I have mostly good things to say (with, sorry, a lot of run on sentences), but I worry that this a hollow book, with some essential thing missing at the core — some emotional depth is never quite reached, and the only place I can point to as being at fault is the characterization.

Or maybe it is book 1 syndrome and we just don’t get the emotional payoff until later in the quartet, and what feels lacking, in a somewhat ineffable way, is actually just the result of this being only a part of a larger work?

Comments are open, so what say you? Does it deserve the gold? Silver? Fool’s gold? (What does an honor book in the Pyrite get? Nickel? Is there fool’s silver?)

Pyrite Redux: Days of Future Past

Pyrite Redux: What Doesn't Kill You...

The Diviners: Divine, and the Bee's Knees Too!