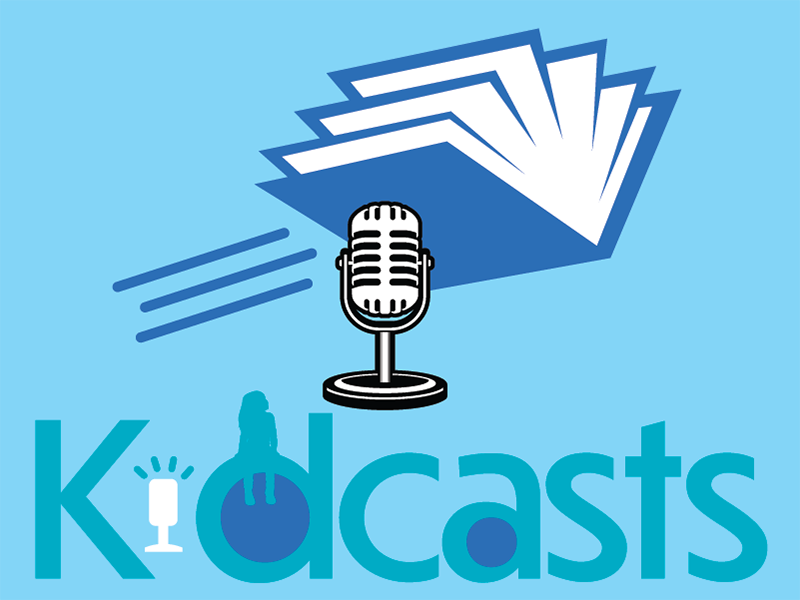 From Pod to the Page: Kidcasts Branch Out to Books

Today we look at two entries in continuing mystery series – both also parts on ongoing multi-media franchises. The much older of these is, of course, Sherlock Holmes. When last we talked, I mentioned Holmes’s semi-unique place as a character who has leaped the bounds of his original stories. What I didn’t know at the time was that the Conan Doyle estate had picked teen-favorite Anthony Horowitz as the author in charge of bringing Holmes back into the “official” world of print stories. Horowitz’s first Holmes novel, House of Silk (2011), was a major success which I had missed. So I was glad to catch up with his follow-up, Moriarty, which, perversely, is a Holmes novel entirely without the presence of Holmes (or Watson for that matter). Instead, we follow two small-time characters on a Holmes-like mystery which may or may not have something to do with the famous professor of the title. It is an ingenious take on the Holmes mythology and should be beloved by Holmes and Horowitz fans alike.

Meanwhile, Veronica Mars continues to spread her brand–having moved from TV to a big screen movie, and now to a mystery series. I reviewed the first of these warmly, here, and I can only say that I have become more convinced with this sequel that Rob Thomas and Jennifer Graham and not just cashing in on a fan-favorite, but truly creating some exciting mystery novels. Shortly after the famous duel between Sherlock Holmes and Professor Moriarty at the Reichenbach Falls—which led to both of their (presumed) deaths—readers are introduced to the heroes of this Holmes tale-without-Holmes: Frederick Chase, a Pinkerton detective from America and the novel’s narrator; and Athelney Jones, a Scotland Yard inspector. Jones, reeling from being shown up by Holmes (in one of Arthur Conan Doyle’s original stories) has, in Horowitz’s timeline, reimagined himself according to Holmes, leaving Chase to take up the role of Watson. After discovering a coded message on the body they believe to be Moriarty’s, the two begin a hunt for a mysterious American gangster named Clarence Devereaux who has come to England to expand his power. The intrigue and body count piles up quickly and though Jones at times seems the equal of Holmes in his powers of induction, it becomes clear that Jones and Chase may be in over their heads. Though the novel is loaded with references to the original mysteries, Horowitz’s decision to leave Holmes out of the story is marvelously effective, as it gives readers a new perspective on the great detective, and saves the author from having to be needlessly faithful to Doyle. The prose runs at Horowitz’s trademark fast pace and readers will find themselves racing towards the end. VERDICT: Perfect for teen fans of Sherlock Holmes, whether they’ve encountered him through the source material, or in one of his many cinematic representations.—Mark Flowers, John F. Kennedy Library, Vallejo, CA The second installment in Rob Thomas and Jennifer Graham’s “Veronica Mars” series delivers exactly what fans of the TV show and first novel are expecting: a well-constructed, seedy mystery; sassy dialogue courtesy of Veronica, Mac, and Keith; and the further romantic adventures of Veronica and Logan. The mystery surrounds a girl found on the side of the road, beaten and raped, who, once her memory returns, accuses a laundry worker at the Neptune Grand Hotel. Veronica is initially hired by the Grand’s insurance company to prove the accusation wrong, and therefore to limit the hotel’s liability, but true to form, Veronica can’t stop until she finds the truth, which turns out to be much more complicated than she could have imagined. Meanwhile, Logan is on shore leave from the Navy but feels compelled to cut his time off short when a shipmate dies in an accident and leaves the ship a man short. Logan’s newfound devotion to his job over his relationship offers a nice mirror for Veronica’s longstanding inability to let go of a job, while ratcheting up the tension between the couple. Finally, Keith continues to try to take down Sheriff Lamb by proving that he and his men have been planting evidence on suspects. Despite the disparate plots, Thomas and Graham keep the threads tightly woven, and the novel reads fast and strong. VERDICT: Another winning mystery for Veronica Mars fans of all ages.—Mark Flowers, John F. Kennedy Library, Vallejo, CA

2022 Picture Books to Have on Your Radar, part two